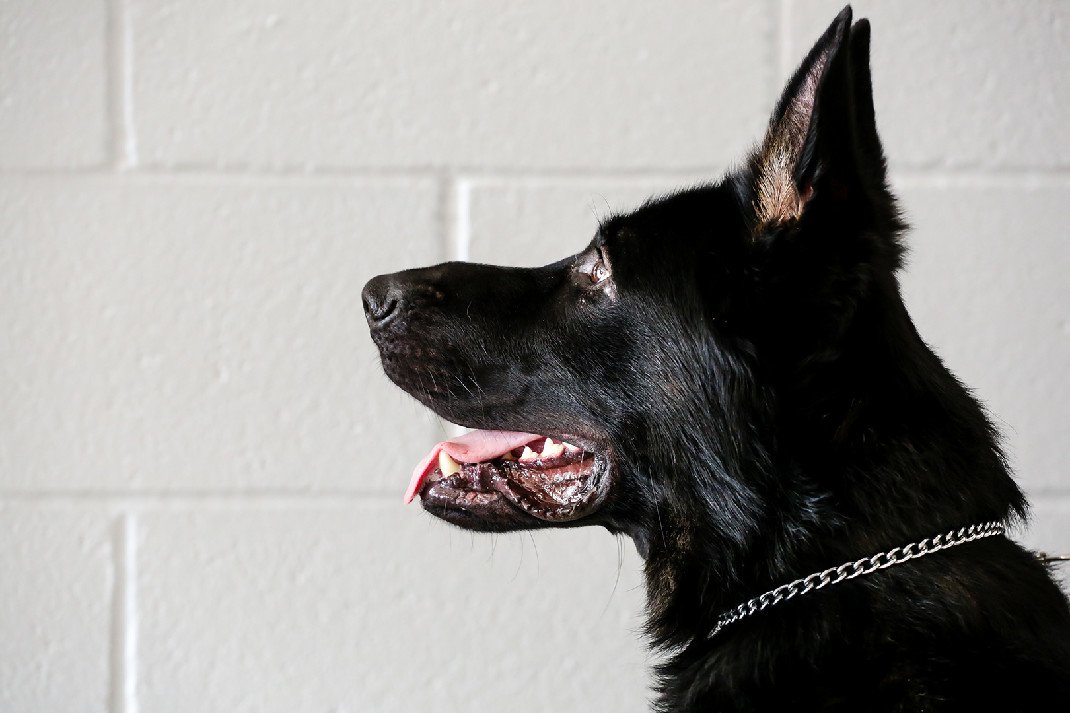 Major is a narcotics detection canine.

Major, a black German shepherd, will do a passive alert when he smells an illegal substance.

School officials hope Major can have a positive effect on students at the school.

“Students know he’ll be here every day,” Fouke School Superintendent Jim Buie said. “When we do find a student in possession of drugs that opens up a conversation with the student’s parents and the school that would have never happened. Right now those conversations aren’t happening.

If drugs are found on a student, they will be suspended for 10 days, according to handbook policy, and referred to drug counseling available on campus.

A new drug-testing policy will be in place for Fouke High School when the new school year starts. Mandatory testing will be required for all students in extracurricular activities and those who drive to school.

“If you fail that drug test, it’s not punitive. They will have to sit out from activities and no driving for 30 days,” Buie said.

According to a news release, the partnership between Barrett’s office and the school district came about as school administration sought to modify the traditional model of school security — which involved articulation agreements between the school and the Miller County Sheriff’s office — and move toward a model that gives the school district more autonomy to create a better school-safety structure.