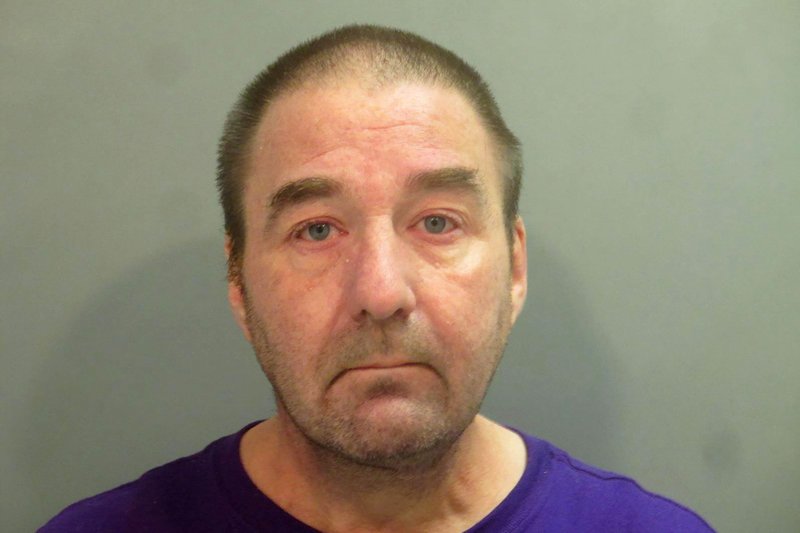 A pathologist fired from an Arkansas veterans hospital after officials said he had been impaired while on duty was charged Tuesday with involuntary manslaughter in the deaths of three patients who authorities say he misdiagnosed and whose records he later altered to conceal his mistakes.

A grand jury indictment unsealed this week charged Dr. Robert Morris Levy in the patients’ deaths and on multiple charges of fraud and making false statements for his alleged attempts to conceal his substance abuse and incorrect diagnoses.

“In doing so, he was allowed to stay employed with the Veterans Administration, thus earning a salary, benefits and possibly a bonus,” Duane Kees, the U.S. Attorney for the Western District of Arkansas, said at a news conference in Fayetteville, referring to the Department of Veterans Affairs by its former name. Levy, who worked at the Veterans health Care System of the Ozarks in Fayetteville, was paid an annual salary of $225,000, according to the indictment. He was fired from the hospital in April 2018.

VA officials said in January that outside pathologists reviewed nearly 34,000 cases handled by Levy and found more than 3,000 errors or missed diagnoses dating back to 2005. Levy has acknowledged that he once showed up to work at the Veterans Health Care System of the Ozarks drunk in 2016, but he denied that he had worked while impaired. He entered an in-patient treatment program following that incident and returned to work in October 2016 after agreeing to remain sober and submitting to random drug testing.

Levy, who was being held at the Washington County jail, pleaded not guilty at a hearing Tuesday. Kees said that as of Tuesday morning, Levy had not obtained counsel to represent him in the case.

In the deaths, Levy is accused of falsifying entries in his patients’ records after making incorrect and misleading diagnoses. In one case, a patient died of prostate cancer after Levy determined that his biopsy showed he didn’t have cancer, prosecutors allege.

Prosecutors say a second patient died of squamous cell carcinoma after Levy misdiagnosed the patient with another form of carcinoma. In a third case, the indictment says, a patient with small cell carcinoma was treated for a type of cancer he didn’t have following an incorrect diagnosis by Levy, and died.

In two cases, he’s accused of falsifying patients’ medical records to state that a second pathologist agreed with his diagnosis.

Prosecutors say Levy received bonuses in 2016 and 2017 that were based in part on him reporting that his clinical errors were less than five percent. But, according the indictment, almost 10 percent of the diagnoses he made had clinical errors.

“These charges send a clear signal that anyone entrusted with the care of veterans will be held accountable for placing them at risk by working while impaired or through other misconduct,” VA Inspector General Michael Missal said.

Levy ingested 2-methyl-2-butanol, a chemical that would intoxicate him but that standard drug and alcohol screenings don’t test for, according to the indictment. Levy is accused of lying to hospital officials when he told them he wasn’t under the influence of any intoxicants. Levy is charged with multiple counts of mail and wire fraud for his purchase of the chemical.

If convicted of all counts, Levy faces a sentence of up to 524 years in prison and $7.75 million in fines, Kees said.