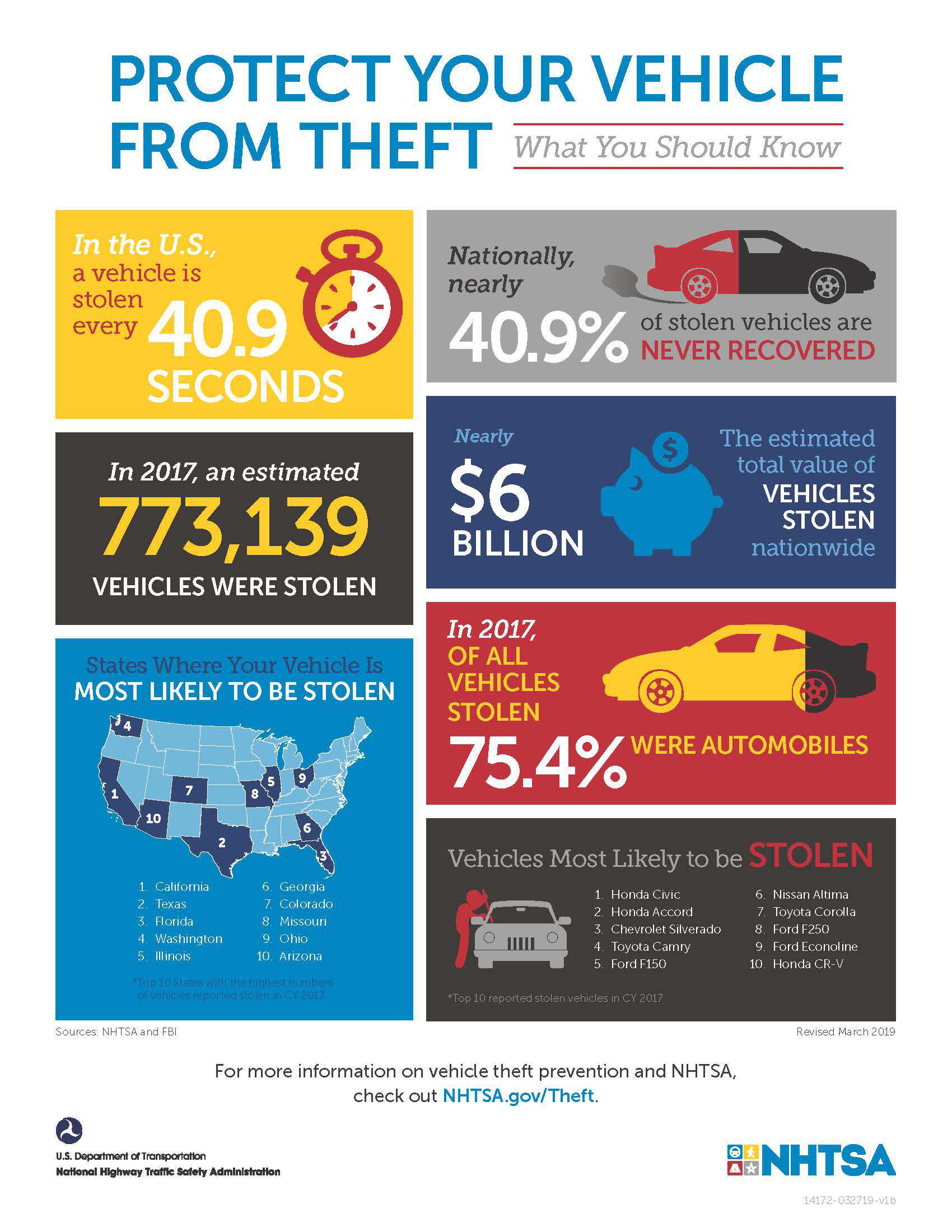 In 2017, more than three-quarters of a million vehicles were stolen in the United States—and nearly half of those thefts were due to driver error. 75.4% of those vehicles were automobiles. Summers prove to be the worst season for vehicle theft. So, to help drivers keep their vehicles safe, the National Highway Traffic Safety Administration is continuing its annual Vehicle Theft Prevention Campaign during July—National Vehicle Theft Prevention Month.

A motor vehicle is stolen every 40.9 seconds in the United States.

Top 10 States for most vehicles stolen in calendar year 2017:

Use common sense when parking and exiting your vehicle:

Thieves want vehicle parts and valuable items, too.
Radios and wheel covers aren't the only popular stolen vehicle parts thieves take. They want whatever sells, from the mandated labeled parts to those that aren't. Some of the most popular vehicle parts or valuable items stolen from vehicles include doors, engines, transmissions, air bags, radios, GPS units, cell phones, iPads, laptops, and purses.