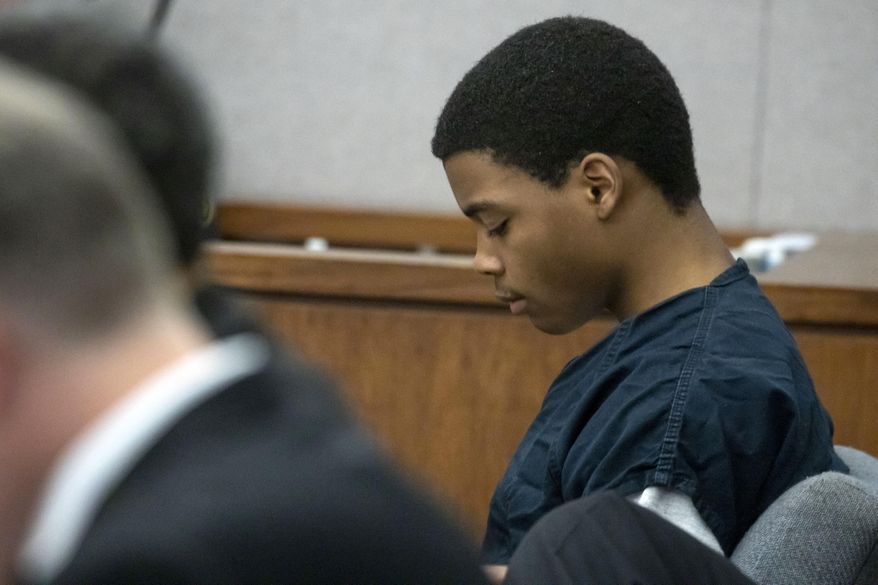 A Texas judge says she ordered the 16-year-old boy who's accused of killing one woman and raping at least four others in Dallas and Louisiana to be tried as an adult because the "public was indeed in need of protection" from the teen.

Dallas County Juvenile Judge Andrea Martin Lane told The Dallas Morning News that she prefers to seek a rehabilitative approach for teen offenders, but said the allegations against Lenario Jarvis Washington are so serious as to warrant prosecution as an adult.

The judge certified Washington as an adult on Wednesday. He's charged with crimes that include capital murder and four counts of aggravated sexual assault.

"I don't usually certify," she told the newspaper. "If there is a chance, then I'm most likely going to give them a chance."

The punishment Washington faces is much more severe if he's convicted as an adult. It's possible that he could be paroled after 40 years but a parole board may not allow it. A capital murder conviction can bring with it the death penalty but Washington won't be eligible because he's younger than 18.

Police have said Washington was seen as a suspect in part because the victims reported similar attacks: a suspect knocking on their door and asking for money or work, and then forcing his way inside while brandishing a weapon. He was linked to the November death of 23-year-old Maria Ezquerro because of the proximity of her apartment to where three other Dallas attacks occurred, police said.

Washington was living in Dallas at the time of his arrest and previously was living in Bossier City, Louisiana, when two women were attacked in separate incidents there, police have said. He was 15 at the time. While Washington is charged with four counts of aggravated sexual assault, authorities said they've tied him to two other assaults.