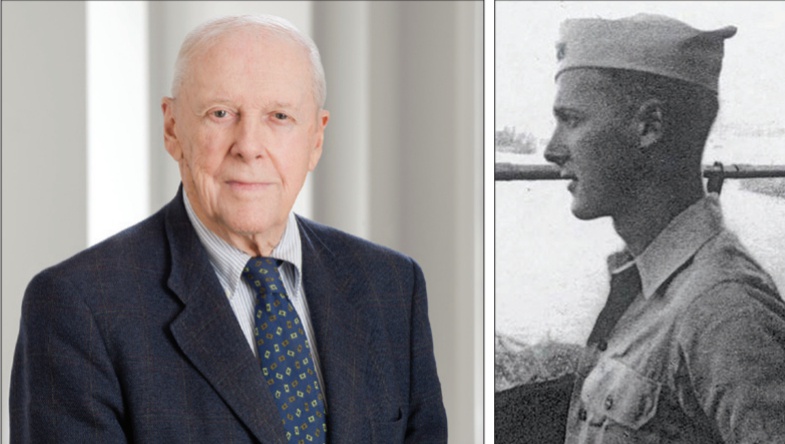 Seventy-four years after he saw the flag raised on Iwo Jima, a World War II veteran has an Independence Day message for America: The fight for liberty goes on, and today's enemies are ignorance and indifference to justice.

Ninety-four-year-old Bob Pennoyer saw the American flag raised on Iwo Jima. He describes that moment as embodying the spirit of liberty, as people from different faiths, races and nationalities fought and bled together to defeat tyranny.

From the success of the civil-rights movement to the fight for women's reproductive rights and today's Parkland students speaking out against gun violence, Pennoyer says he sees the fight for liberty continue. And, he adds, it takes work to preserve our democracy.

"America is an example to the nations of the world, but we're not perfect, and we have to acknowledge we're not perfect," says Pennoyer. "We can do better and we must do better, and the most important thing is to be active by voting and electing people who want to bring the country and the community together and serve the nation."

Pennoyer is calling on Americans' courage to fight today for the core values for which so many have given their lives - equality, freedom and self-government.

He believes now is a good time to put aside politics and remember the values that unite us.
And what are they, some might ask? The private sector has been vital to creating the country's wealth, but Pennoyer says equal opportunities are needed for people from all walks of life.

"We need the government to ensure a level playing field so that the power that's accumulated by big corporations doesn't obliterate the right of small business to survive and thrive in our nation," he says. He sees another key factor in protecting our freedoms as ensuring that our country works toward peace and avoids unnecessary conflicts.

"While I personally felt that the Iraq war was one of the worst blunders in history, the people who served in that war were willing to risk their lives for the nation," he adds. "And they deserve our highest respect and should be honored and helped when they come back to civilian life."

Pennoyer's generation is often referred to as "the greatest," but he believes every generation has the qualities that will save and serve liberty.
Using a reminder of the WWII America sacrifices on D Day in France, and a historic line from the "Battle Hymn of the Republic" to illustrate the fight against the enemies of freedom, Pennoyer hopes his call to action helps inspire generations of today to do their part.

As he puts it, "I'm filled with hope knowing that, long after I am gone, the people who hear this message, imbued with the millions like them, imbued with the spirit of liberty, building on the sacrifices made by those who gave their lives on a beach at Normandy, will strive to save democracy and freedom as they 'trample out the vintage where the grapes of wrath are stored.'"